Officially celebrated in the United States since 1976, Black History Month is the perfect time to discover the contributions of African Americans, honor their stories and explore their experiences. Now, check out the #OwnVoices titles below. They’re available in a variety of formats including physical, eBook, and audiobook. 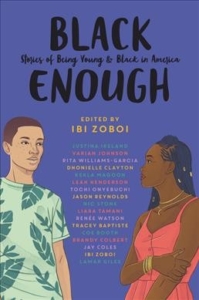 Black Enough: Stories of Being Young and Black in America edited by Ibi Zoboi.

From the publisher: “This anthology is edited by a National Book Award finalist. It features contributions by a prestigious group of best-selling, award-winning and emerging African American young-adult authors. This timely literary collection shares modern insights into the young and black experience in today’s America.”

Black is…sisters navigating their relationship at a summer camp in Portland, Oregon, as written by Renée Watson.

Black is…three friends walking back from the community pool talking about nothing and everything, in a story by Jason Reynolds.

Black is urban and rural, wealthy and poor, mixed race, immigrants, and more—because there are countless ways to be Black enough.

How Long ’til Black Future Month 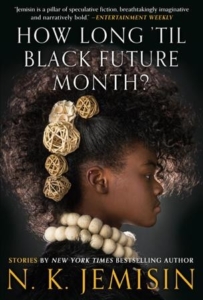 How Long ’til Black Future Month by NK Jemisin.

From the publisher: “In this first collection of her evocative short fiction, Jemisin challenges and delights us with thought-provoking narratives of destruction, rebirth, and redemption. She examines modern society by infusing magic into the mundane and drawing deft parallels in the fantasy realms of her imagination.

Dragons and hateful spirits haunt the flooded streets of New Orleans in the aftermath of Hurricane Katrina.

In a parallel universe, a utopian society watches our world because they want to learn from our mistakes.

A black mother in the Jim Crow South must save her daughter from a fey offering impossible promises.

And in the Hugo award-nominated short story “The City Born Great,” a young street kid fights to give birth to an old metropolis’s soul.”

A Blade So Black 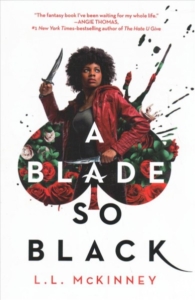 A Blade So Black by LL McKinney.

From the publisher: “Because the first time the Nightmares came, Alice nearly died. Now she battles monstrous creatures in the dark dream realm known as Wonderland with magic weapons and hardcore fighting skills. But even warriors have a curfew. Life in real-world Atlanta isn’t always easy. As Alice juggles an overprotective mom, a high-maintenance best friend, and a slipping GPA.

Keeping the Nightmares at bay is turning into a full-time job. But when Alice’s handsome and mysterious mentor is poisoned, she has to find the antidote by venturing deeper into Wonderland than she’s ever gone before. And she’ll need to use everything she’s learned in both worlds to keep from losing her head … literally.” 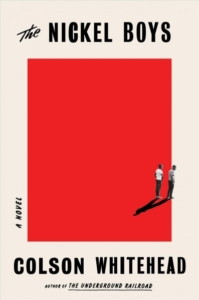 The Nickel Boys by Colson Whitehead.

From the publisher, “As the Civil Rights movement begins to reach the black enclave of Frenchtown in segregated Tallahassee, Elwood Curtis takes the words of Dr. Martin Luther King to heart: He is “as good as anyone.” Abandoned by his parents, but kept on the straight and narrow by his grandmother, Elwood is about to enroll in the local black college.

But for a black boy in the Jim Crow South of the early 1960s, one innocent mistake is enough to destroy the future. Elwood is sentenced to a juvenile reformatory called the Nickel Academy. The academy’s mission statement is to provide “physical, intellectual and moral training” so that the delinquent boys in their charge can become “honorable and honest men.”

In reality, the Nickel Academy is a grotesque chamber of horrors where the sadistic staff beats and sexually abuses the students, corrupt officials and locals steal food and supplies, and any boy who resists is likely to disappear “out back.” Stunned to find himself in such a vicious environment, Elwood tries to hold onto Dr. King’s ringing assertion “Throw us in jail and we will still love you.” His friend Turner thinks Elwood is worse than naive, that the world is crooked, and that the only way to survive is to scheme and avoid trouble.

The tension between Elwood’s ideals and Turner’s skepticism leads to a decision whose repercussions will echo down the decades. What the boys endure at the academy determines their fates.

Based on the real story of a reform school in Florida that operated for one hundred and eleven years and warped the lives of thousands of children, The Nickel Boys is a devastating, driven narrative that showcases a great American novelist writing at the height of his powers.

The Hate U Give 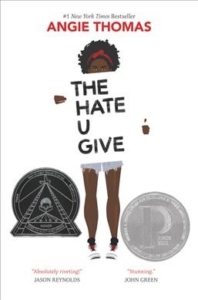 The Hate U Give by Angie Thomas.

From the publisher, “Sixteen-year-old Starr Carter moves between two worlds. The poor neighborhood where she lives and the fancy suburban prep school she attends. Then the uneasy balance between these worlds shatters. Starr witnesses the fatal shooting of her childhood best friend Khalil at the hands of a police officer. Khalil was unarmed.

Soon afterward, his death is a national headline. Some call him a thug, others say a drug dealer and a gangbanger. Protesters are taking to the streets in Khalil’s name. Some cops and the local drug lord try to intimidate Starr and her family. What everyone wants to know is: what really went down that night? And the only person alive who can answer that is Starr. But what Starr does or does not say could upend her community. It could also endanger her life. “

Celebrate Black History Month by checking out one of these books and exploring the African American experience. What titles would you recommend reading?

Online Book Club: “A Walk in the Woods” by Bill Bryson