Enjoy the banter as Andrea and Laura discuss books that they’ve recently read and enjoyed.

September is Library Card Sign-Up Month so make sure you have a library card! Sign up online for an eCard. 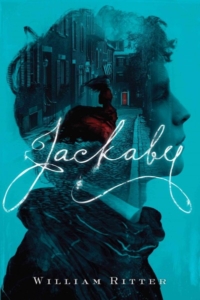 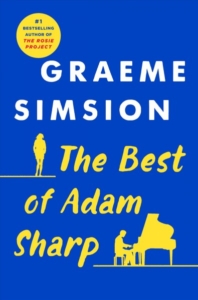 The Chalk Artist by Allegra Goodman. Collin James is young, creative, and unhappy. A college dropout, he waits tables and spends his free time beautifying the streets of Cambridge, Massachusetts, with his medium of choice: chalk. Collin’s art captivates passersby with its vibrant colors and intricate lines–until the moment he wipes it all away. Nothing in Collin’s life is meant to last. Then he meets Nina.  The daughter of a tech mogul who is revolutionizing virtual reality, Nina Lazare is trying to give back as a high school teacher–but her students won’t listen to her. When Collin enters her world, he inspires her to think bigger. Nina wants to return the favor–even if it means losing him. Against this poignant backdrop, Allegra Goodman paints a tableau of students, neighbors, and colleagues: Diana, a teenage girl trying to make herself invisible; her twin brother, Aidan, who’s addicted to the games produced by Nina’s father; and Daphne, a viral-marketing trickster who unites them all, for better or worse.

The Almost Sisters by Joshilyn Jackson. Superheroes have always been Leia Birch Briggs’ weakness. One tequila-soaked night at a comics convention, the usually level-headed graphic novelist is swept off her barstool by a handsome and anonymous Batman. It turns out the caped crusader has left her with more than just a nice, fuzzy memory. She’s having a baby boy–an unexpected but not unhappy development in the thirty-eight year-old’s life. But before Leia can break the news of her impending single-motherhood (including the fact that her baby is biracial) to her conventional, Southern family, her step-sister Rachel’s marriage implodes. Worse, she learns her beloved ninety-year-old grandmother, Birchie, is losing her mind, and she’s been hiding her dementia with the help of Wattie, her best friend since girlhood. Leia returns to Alabama to put her grandmother’s affairs in order, clean out the big Victorian that has been in the Birch family for generations, and tell her family that she’s pregnant. Yet just when Leia thinks she’s got it all under control, she learns that illness is not the only thing Birchie’s been hiding. Tucked in the attic is a dangerous secret with roots that reach all the way back to the Civil War.

Jackaby by William Ritter. Newly arrived in 1892 New England, Abigail Rook becomes assistant to R. F. Jackaby, an investigator of the unexplained with the ability to see supernatural beings, and she helps him delve into a case of serial murder which, Jackaby is convinced, is due to a nonhuman creature.

The Best of Adam Sharp by Graeme Simsion. On the cusp of turning fifty, Adam Sharp likes his life. He’s happy with his partner Claire, he excels in music trivia at quiz night at the local pub, he looks after his mother, and he does the occasional consulting job in IT. But he can never quite shake off his nostalgia for what might have been: his blazing affair more than twenty years ago with an intelligent and strong-willed actress named Angelina Brown who taught him for the first time what it means to find–and then lose–love. How different might his life have been if he hadn’t let her walk away? And then, out of nowhere, from the other side of the world, Angelina gets in touch. What does she want? Does Adam dare to live dangerously?

Booklovers Episode 10: Season of the Witch
Scroll to top