For fans of Dune by Frank Herbert 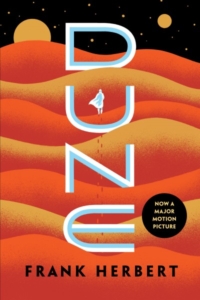 If you’ve only seen the recent Denis Villeneuve film adaptation of Dune (which is so much better than David Lynch’s hot mess – don’t @ me), do yourself a favor and read Frank Herbert’s book. For such a sweeping, grand, intergalactic story, the book is an accessible, quick read.

Dune’s all about relationships – the good, the bad, and the truly ugly.

But if you’ve already read Dune and now you’re craving something similar, I’ve got four suggestions for further reading. 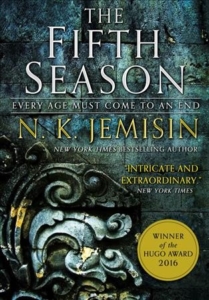 Three terrible things happen in a single day. Essun, masquerading as an ordinary schoolteacher in a quiet small town, comes home to find that her husband has brutally murdered their son and kidnapped their daughter.

Mighty Sanze, the empire whose innovations have been civilization’s bedrock for a thousand years, collapses as its greatest city is destroyed by a madman’s vengeance.

And worst of all, across the heartland of the world’s sole continent, a great red rift has been torn which spews ash enough to darken the sky for years. Or centuries. But this is the Stillness, a land long familiar with struggle, and where orogenes — those who wield the power of the earth as a weapon — are feared far more than the long cold night.

Essun has remembered herself, and she will have her daughter back. She does not care if the world falls apart around her. Essun will break it herself, if she must, to save her daughter. 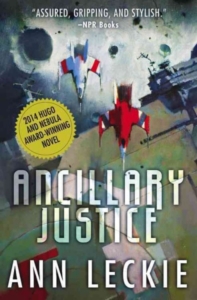 On a remote, icy planet, the soldier known as Breq is drawing closer to completing her quest.Once, she was the Justice of Toren – a colossal starship with an artificial intelligence linking thousands of soldiers in the service of the Radch, the empire that conquered the galaxy.

Now, an act of treachery has ripped it all away, leaving her with one fragile human body, unanswered questions, and a burning desire for vengeance. 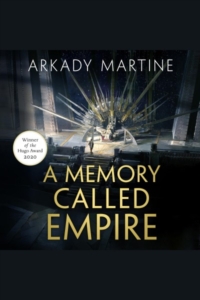 Ambassador Mahit Dzmare arrives in the center of the multi-system Teixcalaanli Empire only to discover that her predecessor, the previous ambassador from their small but fiercely independent mining Station, has died. But no one will admit that his death wasn’t an accident–or that Mahit might be next to die, during a time of political instability in the highest echelons of the imperial court.

Now, Mahit must discover who is behind the murder, rescue herself, and save her Station from Teixcalaan’s unceasing expansion–all while navigating an alien culture that is all too seductive, engaging in intrigues of her own, and hiding a deadly technological secret–one that might spell the end of her Station and her way of life–or rescue it from annihilation. 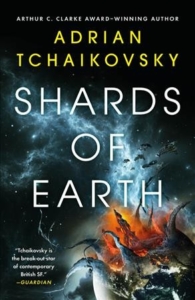 Shards of Earth by Adrian Tchaikovsky

Idris has neither aged nor slept since they remade him in the war. And one of humanity’s heroes now scrapes by on a freelance salvage vessel, to avoid the attention of greater powers.

After earth was destroyed, mankind created a fighting elite to save their species, enhanced humans such as Idris. In the silence of space they could communicate, mind-to-mind, with the enemy. Then their alien aggressors, the Architects, simply disappeared – and Idris and his kind became obsolete.

Now, fifty years later, Idris and his crew have discovered something strange abandoned in space. It’s clearly the work of the Architects – but are they returning? And if so, why? Hunted by gangsters, cults and governments, Idris and his crew race across the galaxy hunting for answers. For they now possess something of incalculable value, that many would kill to obtain.

If you’re looking for an engrossing, science fiction drama similar to Dune, give one of these four stellar suggestions a try.

For more suggestions, use our online resource NoveList Plus, a searchable database of books and authors. Or visit your local branch and ask library staff members for suggestions.

The Newbery Award For Children’s Books Explained
Scroll to top