This episode, Meghann and I discuss scary books of all sorts – one for kids, classics by Stephen King, a thriller. And one with man-eating hippos. Seriously. Hippos. With teeth.

What’s your favorite horror book or author? Tell us in the comments below. 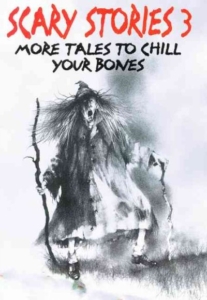 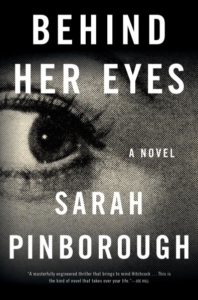 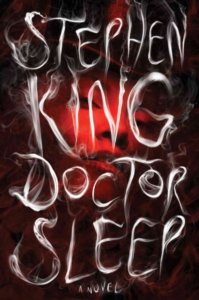 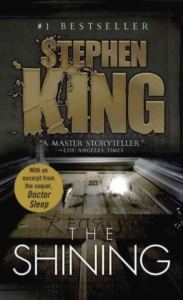 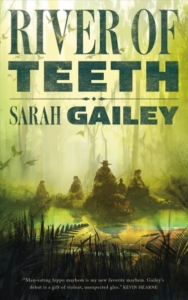 Behind her Eyes by Sarah Pinborough. David and Adele seem like the ideal pair. He’s a successful psychiatrist, she is his picture-perfect wife who adores him. But why is he so controlling? And why is she keeping things hidden? As Louise, David’s new secretary, is drawn into their orbit, she uncovers more puzzling questions than answers. The only thing that is crystal clear is that something in this marriage is very, very wrong. But Louise can’t guess how wrong–and how far a person might go to protect their marriage’s secrets.

Doctor Sleep by Stephen King. The now middle-aged Dan Torrance (the boy protagonist of The Shining) must save a very special twelve-year-old girl from a tribe of murderous paranormals. On highways across America, a tribe of people called The True Knot travel in search of sustenance. They look harmless; mostly old, lots of polyester, and married to their RVs. But as Dan Torrance knows, and spunky twelve-year-old Abra Stone learns, The True Knot are quasi-immortal, living off the “steam” that children with the “shining” produce when they are slowly tortured to death. Haunted by the inhabitants of the Overlook Hotel where he spent one horrific childhood year, Dan has been drifting for decades, desperate to shed his father’s legacy of despair, alcoholism, and violence. Finally, he settles in a New Hampshire town, an AA community that sustains him, and a job at a nursing home where his remnant “shining” power provides the crucial final comfort to the dying. Aided by a prescient cat, he becomes “Doctor Sleep.” Then Dan meets the evanescent Abra Stone, and it is her spectacular gift, the brightest shining ever seen, that reignites Dan’s own demons and summons him to a battle for Abra’s soul and survival.

River of Teeth by Sarah Gailey. In the early 20th Century, the United States government concocted a plan to import hippopotamuses into the marshlands of Louisiana to be bred and slaughtered as an alternative meat source. This is true.Other true things about hippos: they are savage, they are fast, and their jaws can snap a man in two.This was a terrible plan.Contained within this volume is an 1890s America that might have been: a bayou overrun by feral hippos and mercenary hippo wranglers from around the globe. It is the story of Winslow Houndstooth and his crew. It is the story of their fortunes. It is the story of his revenge.

Booklovers Episode 10: Season of the Witch