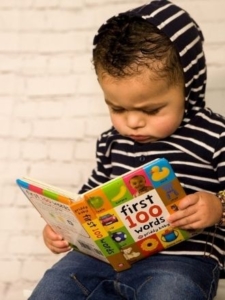 In honor of Black History Month, I’d like to share with you ten picture book biographies about African Americans that are newly released this year.  With gorgeous artwork, these books share the stories of a wide range of individuals, some of whom you may not be familiar with.

I’ve always though that one of the most overlooked parts of the library’s collection are our nonfiction picture books.  Since they’re factual, these books are shelved with the all of the other nonfiction books by subject.  You won’t find these picture books in the children’s area where most people start their search for something to read with their child.  Yet reading a nonfiction picture book can be a great experience for both a child and an adult.  These books will give you a brief, but engaging glimpse into someone’s life, a different time or an interesting topic.  You’ll learn just enough on the subject to spark your curiosity and possibly inspire further exploration. 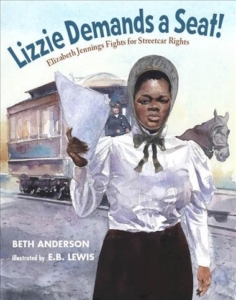 One hundred years before Rosa Parks took her stand, Elizabeth “Lizzie” Jennings tried to board a streetcar in New York City on her way to church. Though there were plenty of empty seats, she was denied entry, assaulted, and threatened all because of her race — even though New York was a free state at that time. Lizzie decided to fight back. She told her story, took her case to court — where future president Chester Arthur represented her — and won! Her victory was the first recorded in the fight for equal rights on public transportation, and Lizzie’s case set a precedent. 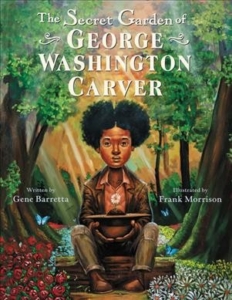 The Secret Garden of George Washington Carver by Gene Barretta

A picture book account inspired by George Washington Carver’s secret childhood garden describes how his experiences with growing things helped him develop a love of nature that shaped his adult achievements as a botanist, scientist and inventor. 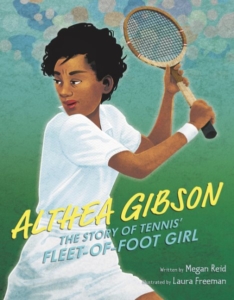 Althea Gibson was the quickest, tallest, most fearless athlete in 1940s Harlem. She couldn’t sit still! When she put her mind to it, the fleet-of-foot girl reigned supreme at every sport–stickball with the boys, basketball with the girls, paddle tennis with anyone who would hit with her. But being the quickest, tallest, most fearless player in Harlem wasn’t enough for Althea. She knew she could be a tennis champion. Because of segregation, black people weren’t allowed to compete against white people in sports. Althea didn’t care. She just wanted to play tennis against the best athletes in the world. And with skill and determination, she did just that, eventually becoming the first black person–man or woman–to win a trophy at Wimbledon. 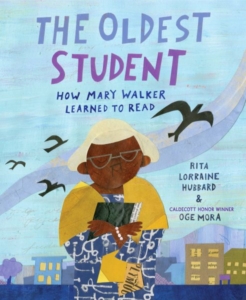 The Oldest Student: How Mary Walker Learned to Read by Rita Lorraine Hubbard

A picture book biography sharing the inspiring and incredible true story of the nation’s oldest student, Mary Walker, who learned to read at the age of 116. 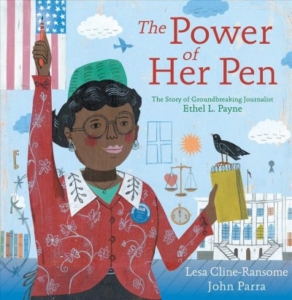 The Power of Her Pen: The Story of Groundbreaking Journalist Ethel L. Payne

Ethel L. Payne always had an ear for stories. Seeking truth, justice, and equality, Ethel followed stories from her school newspaper in Chicago to Japan during World War II. It even led her to the White House briefing room, where she broke barriers as one of the first black journalists. Ethel wasn’t afraid to ask the tough questions of presidents, elected officials, or any one else in charge, earning her the title “First Lady of the Black Press.” Fearless and determined, Ethel L. Payne shined a light on the darkest moments in history, and her ear for stories sought answers to the questions that mattered most in the fight for civil rights. 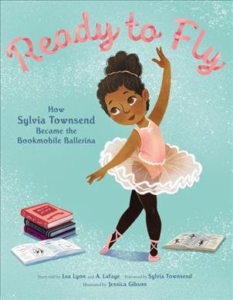 Ready to Fly: How Sylvia Townsend became the Bookmobile Ballerina by Lea Lyon and A. LaFaye

A picture book inspired by the early life of African American dancer Sylvia Townsend describes the limited opportunities that compelled her to use books from her hometown’s bookmobile to teach herself classical ballet. 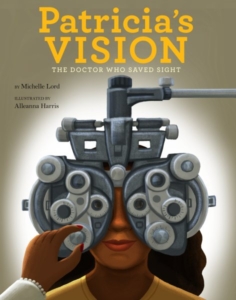 Patricia’s Vision: The Doctor Who Saved Sight by Michelle Lord

Born in 1940s Harlem, Patricia Bath dreamed of being a doctor–even though that wasn’t a career option for most women. This biography follows Dr. Bath in her quest to become an ophthalmologist and restore sight to the blind. “Choosing miracles” when everyone else had given up hope, she invented a specialized laser for removing cataracts, becoming the first African American woman doctor to receive a medical patent. 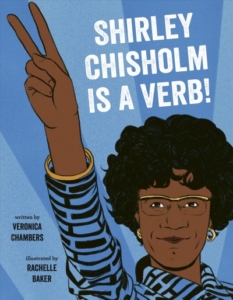 Shirley Chisholm is a Verb! by Veronica Chambers

A picture book biography celebrating the life and contributions of Shirley Chisholm, the first Black woman in Congress, who sought the Democratic nomination to be the president of the United States. 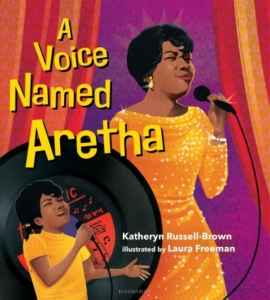 Aretha Franklin is the Queen of Soul, a legend. But before she became a star, she was a shy little girl with a voice so powerful it made people jump up, sway, and hum along. Raised in a house full of talking and singing, Aretha learned the values that would carry her through life–from her church choir in Detroit to stages across the world. When she moved to New York City to start her career, it took years of hard work before she had a hit song. In the turbulent 1960s, she sang about “Respect” and refused to perform before segregated audiences. The first woman inducted into the Rock & Roll Hall of Fame, Aretha always remembered who she was and where she came from. 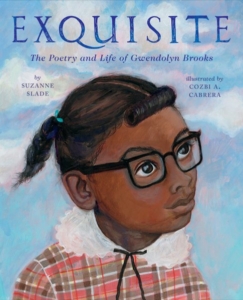 Exquisite: The Poetry and Life of Gwendolyn Brooks by Suzanne Slade

Introduces the life and work of Gwendolyn Brooks, from her early love of poetry and her first published poems as a girl in Chicago through her financial struggles as an adult during the Depression to winning the Pulitzer Prize for her second book.

These picture book biographies are all suitable for children in Kindergarten through 3rd Grade.  Adults will enjoy them too.  If you’re interested in checking out any of these books, or need recommendations for nonfiction picture books on any other topic, get in touch with the helpful staff at your local library.

Stories About Love For All Ages
Scroll to top