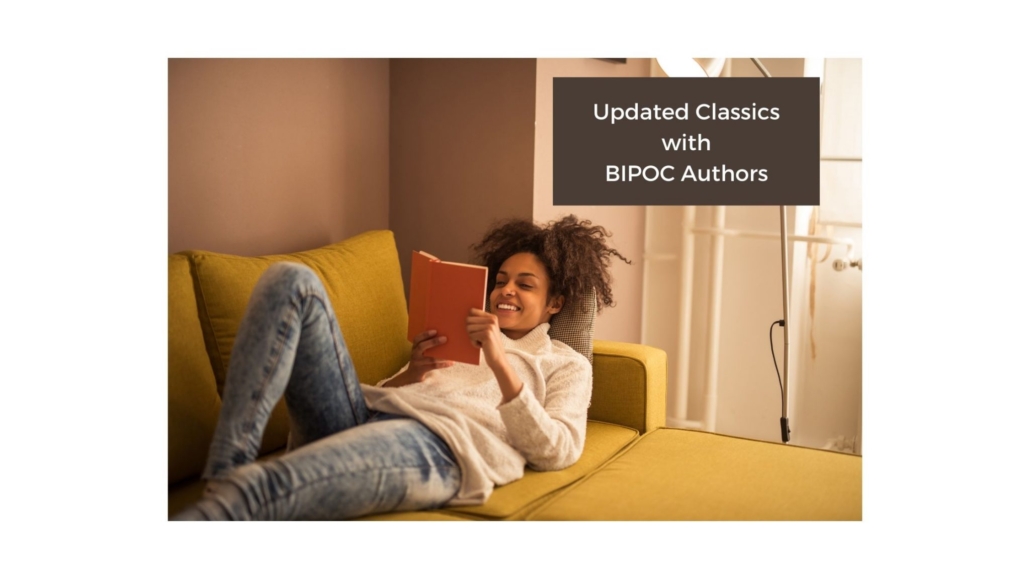 The Adventures of Tom Sawyer. To Kill a Mockingbird. A Tale of Two Cities. Classics. Somehow, we know immediately what comes to mind when we think of that word. What constitutes a classic? There’s that otherness about a classic, that special something that sets it apart. Maybe it’s the malleable themes of the human experience, love, and the sense of adventure. Maybe it’s that a classic can transcend time, connecting readers in the present day to readers fifty, eighty, or a hundred years ago.

But there’s a problem with classics, especially with reading only classics. After perusing a college-bound reading list assigned to her son, a regular library guest reached out to us for help. She noticed and pointed out what has been glaringly obvious for years: most classic reading lists do not include works by Black, Indigenous, People of Color (BIPOC) authors.

What is a classic

Who gets to decide what makes a book a classic? To many librarians, stories can become classics when they are featured, praised, and talked about. If you’ve never experienced the joy of listening to a librarian “booktalk,” ask your favorite librarian to do one as soon as possible. If newer books by authors of color are being highly lauded, can they be considered classics? As it turns out, they can! It’s really the reader who determines what a book can be. It’s highly probable that the majority of high school students and young adults (those who are often required to read classics) can better relate to books if they see more characters like themselves portrayed in those stories, going through similar experiences.

Our wonderful library guest knew she had come to the experts. We were able to revamp and modernize the limited view of her son’s “classic” college-bound reading list to include works by BIPOC authors. By updating this rather outdated list, we’re helping to ensure that readers have a broader view of what a classic can be.

Here are ten of our picks with explanations of why we chose these replacement titles. Even if you’ve read and loved the original classic, why not try our choice of its counterpart by an author of color? 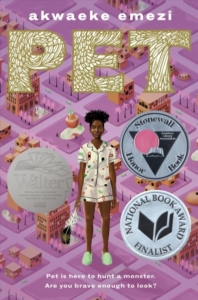 Instead of As I Lay Dying by William Faulkner, try Pet by Akwaeke Emezi. Pet is set in a near-future society that claims to have gotten rid of all monstrous people. Yet a creature emerges from a painting seventeen-year-old Jam’s mother created; a hunter from another world seeking a real-life monster.

Faulkner’s novel is famous for its stream of consciousness writing, and while Emezi’s writing style differs, both narratives tackle the theme of existence and center strongly on identity. Location also plays a major role in both pieces.

Pet is available as a: 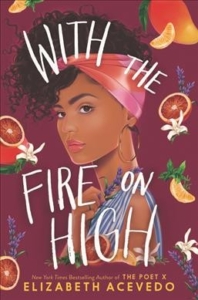 With the Fire on High by Elizabeth Acevedo

Instead of The Scarlet Letter by Nathaniel Hawthorne, try With the Fire on High by Elizabeth Acevedo. Often taught due to its connections to America’s colonial roots and for its importance in early American literature, The Scarlet Letter shames its main character for having a child out of wedlock and demonstrates that the fallout for a mistake should be lifelong suffering.

In contrast, though Emoni struggles to balance everything in her life as a teen mom, With the Fire on High illustrates how mistakes can lead to beautiful things, like her young daughter, and that life can still hold a lot of promise, like a cooking career, when approached with hard work and passion. In short, the latter book provides hope, while the former promotes judgement.

With the Fire on High is available as a: 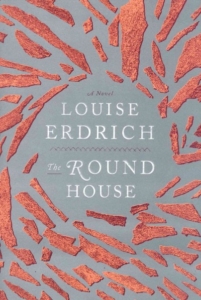 Round House by Louise Erdrich

In The Round House, set on an Ojibwe reservation in North Dakota, readers see that modern-day Indigenous people are still suffering. Erdrich’s Own Voices coming-of-age story deals with repercussions from misogynistic and racist behaviors and beliefs.

The Round House is available as a: 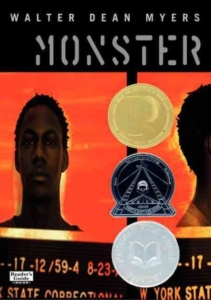 For a contemporary Black view on the justice system,  try Monster by Walter Dean Myers. The story follows a teen on trial for murder. Its film-script format and fast pace will engage even reluctant readers.

Monster is available as a: 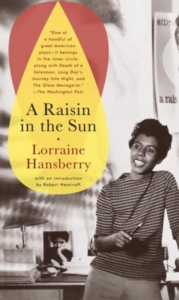 A Raisin in the Sun by Lorraine Hansberry

Instead of Hamlet by William Shakespeare, try A Raisin in the Sun by Lorraine Hansberry. While Shakespeare may be the titular author to read when it comes to tragedies, Hansberry’s play rings just as true. Both works deal with the death of a father as well as the importance of family and dreams.

A Raisin in the Sun, set in south Chicago and focusing on a poor Black family also deals with racism, making this a timely choice to spark conversation.

A Raisin in the Sun is available as a: 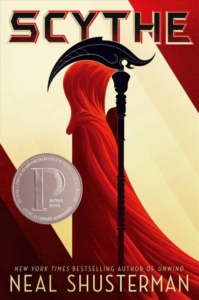 Instead of 1984 by George Orwell, try Scythe by Neal Shusterman.With the rise of The Hunger Games series, dystopian literature became commonplace in popular culture. At the same time, the internet and other technology have made the themes of mass surveillance and Big Brother government in Orwell’s 1984 even more relevant to today’s society.

Still, students may have a hard time relating to a 70-year-old novel featuring adult characters (including a terribly misogynistic lead male) and a bleak ending. Scythe contains similar ideas to 1984, being set in a future society that is run by artificial intelligence and where death is decided upon by workers called Scythes, and the story is presented in a forward-thinking manner with teen main characters.

Scythe is available as a: 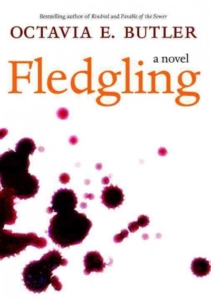 Instead of Frankenstein by Mary Shelley, try Fledgling by Octavia E. Butler. Shelley’s Frankenstein is just about as classic horror as you can get.

While Butler’s Fledgling isn’t about creation, it deals with much of the same themes, such as society, knowledge, and destruction. Butler also updates the vampire trope to include very human-like characteristics that set her characters apart from the terrifying blood-sucking monsters. 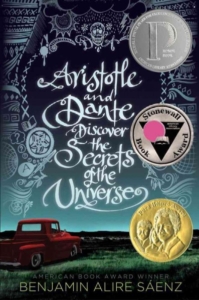 Instead of The Catcher in the Rye by J. D. Salinger, try Aristotle and Dante Discover the Secrets of the Universe by Benjamin Alire Saenz. Although the themes of identity and growing up are essential questions to any teenager, Holden Caulfield’s outdated slang and lack of personal growth by the end of The Catcher in the Rye will probably ring “phony” to today’s teens.

The title characters of Aristotle and Dante Discover the Secrets of the Universe are both struggling with identity issues, like Holden, when they meet and become friends; the difference is that they both experience significant character growth, making theirs a true coming-of-age story. The latter novel also includes LGBTQ characters, lending diversity and relatability to the cast.

Aristotle and Dante Discover the Secrets of the Universe is available as a: 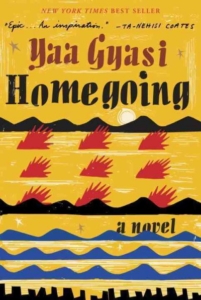 Instead of The Grapes of Wrath by John Steinbeck, try Homegoing by Yaa Gyasi. Gyasi’s work depicts characters from multiple generations of the same family and the consequences of past choices. Both works of historical fiction place great importance on setting, and both works explore the theme of circumstantial suffering at the hands of others. Choices made by, and forced upon, two sisters of Asante descent (part of an ethnic group native to the Ashanti Region of modern-day Ghana) impacts their families for generations to come.

Homegoing is available as a: 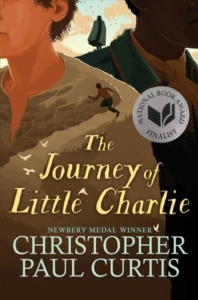 The Journey of Little Charlie by Christopher Paul Curtis

The same themes of freedom and racial inequality are present in The Journey of Little Charlie, though this tale is set in the sharecropping post-Civil War era. Charlie’s journey alongside the dangerous and abusive Cap’n Buck is much like Huck’s travels down the river, giving readers the same flavor of an adventure story told in local vernacular, but one that is told in a manner that uplifts the Black community in language and portrayal.

The Journey of Little Charlie is available as a:

For further reading, explore this Google Doc that lists the classic book with its updated pairing.

We hope some, or all, of these updates to classic literature have sparked your interest. You can choose to read these specific titles, or use this idea as a springboard to find your own version of updated classics featuring BIPOC authors. It’s so important to explore new authors from different backgrounds and cultures as reading their works helps create a new perspective, broadening understanding and bringing awareness to other experiences.

High school students and young adults often only have time to read what they’re assigned, limiting their exposure to diverse titles and authors unless teachers strive to broaden their classics lists. Seeking out works by BIPOC authors builds empathy and curiosity, two things of which we can all stand to have a little more.

This list was generated by Cara Frank, cfrank@clermontlibrary.org, Youth Services Librarian at the Amelia Branch Library and Stacy Books, sbooks@clermontlibrary.org, Collection Development Librarian for the Clermont County Public Library system. We invite you to reach out to us for help with creating diverse book lists, classroom collections, and adding more titles to your To Be Read pile.

4 Books to Get You Excited for Fall