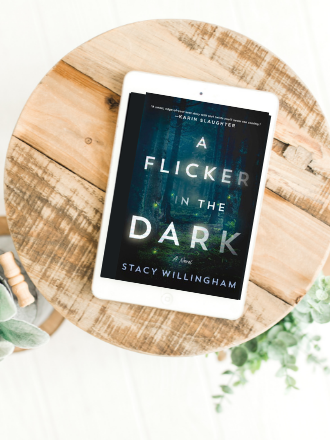 If you’re in the mood for some pulse-pounding reading, check out one of these books about final girls. The “final girl” is a trope from horror movies – she’s the last one standing, the survivor of the horror that killed the others.

Emerging as the lone survivor of a serial killer’s massacre a decade earlier, Quincy Carpenter struggles to ignore traumatic memories and move on as one of a group of other survivors who look to her for answers when one of them is found dead in a suspicious suicide.

In horror movies, the final girl is the one who’s left standing when the credits roll. The one who fought back, defeated the killer, and avenged her friends. The one who emerges bloodied but victorious, a victim and a hero. But after the sirens fade and the audience moves on, what happens to her? Lynnette Tarkington is a real-life final girl who survived a massacre twenty-two years ago, and it has defined every day of her life since. And she’s not alone.

Arden Maynor was just six years old when she was swept away while sleepwalking in a rainstorm. Fame as the survivor of Widow Hills undid her life until she moved far away and changes her name. She begins to feel like she’s being watched and, soon, her past comes back to haunt her.

For Maggie Larsen, the town of Gill Creek is only a stopgap before college and freedom. Until she meets Pauline and Liam. What starts as an uneventful year suddenly changes. Someone is killing teenage girls, and the town reels from the tragedy. As Maggie’s and Pauline’s worlds collide and change around them, they will both experience love and loss.

As a sixteen-year-old, Tessa Cartwright was found in a Texas field, barely alive amid a scattering of bones, with only fragments of memory as to how she got there. Ever since, the press has pursued her as the lone surviving “Black-Eyed Susan,” the nickname given to the murder victims because of the yellow carpet of wildflowers that flourished above their shared grave. Tessa’s testimony about those tragic hours put a man on death row. Now, almost two decades later, Tessa is an artist and single mother. In the desolate cold of February, she is shocked to discover a freshly planted patch of black-eyed susans–a summertime bloom–just outside her bedroom window. Terrified at the implications–that she sent the wrong man to prison and the real killer remains at large–Tessa turns to the lawyers working to exonerate the man awaiting execution.

A Flicker in the Dark by Stacy Willingham

When Chloe Davis was twelve, six teenage girls went missing in her small Louisiana town. By the end of the summer, her own father had confessed to the crimes and was put away for life, leaving Chloe and the rest of her family to grapple with the truth and try to move forward while dealing with the aftermath. Now twenty years later, Chloe is a psychologist in Baton Rouge and getting ready for her wedding. While she finally has a fragile grasp on the happiness she’s worked so hard to achieve, she sometimes feels as out of control of her own life as the troubled teens who are her patients. So when a local teenage girl goes missing, and then another, that terrifying summer comes crashing back.

The final girl is a common horror movie and thriller trope that can lead to some adrenalin-fueled reading!

5 Cozy Mysteries to Put on Your To Read List

Online Book Club: The End of the World Running Club