When you say “fairy tale,” most of us think of the Brothers Grimm or even Charles Perrault. They captured stories that had long oral traditions reaching back hundreds, even thousands of years. Recent research has scientists believing those traditions might stretch all the way back to the Bronze Age! Read more about the research.

During this week’s podcast, Andrea, Sam, and Laura talk about some of our favorite fairy tale retellings. Be forewarned, not all of these books end in happily ever after! But they’re all intensely awesome reads. Besides, sometimes you need a book that’s going to give you an ugly cry. 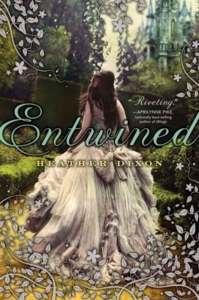 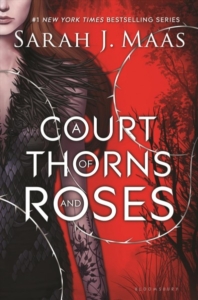 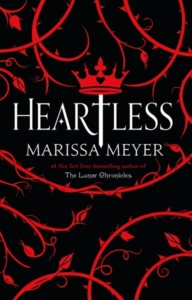 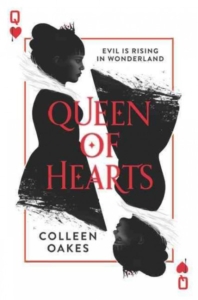 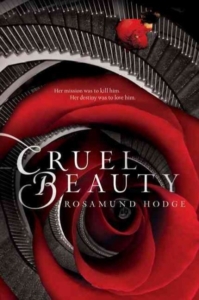 Entwined by Heather Dixon. Confined to their dreary castle while mourning their mother’s death, Princess Azalea and her eleven sisters join The Keeper, who is trapped in a magic passageway, in a nightly dance that soon becomes nightmarish.

Court of Thorns and Roses by Sarah Maas. Dragged to a treacherous magical land she only knows about from stories, Feyre discovers that her captor is not an animal, but Tamlin, a High Lord of the faeries. As her feelings toward him transform from hostility to a fiery passion, the threats against the faerie lands grow. Feyre must fight to break an ancient curse, or she will lose Tamlin forever.

Heartless by Marissa Meyer. In this prequel to Alice in Wonderland, Cath would rather open a bakery and marry for love than accept a proposal from the King of Hearts, especially after meeting the handsome and mysterious court jester.

Queen of Hearts by Colleen Oakes. Follows the downward spiral of princess Dinah, whose future reign in Wonderland is threatened by a devastating betrayal that leaves her with a broken heart and taking on the personality of the Queen of Hearts.

Cruel Beauty by Rosamund Hodge. Since birth, Nyx has been betrothed to the evil ruler of her kingdom — all because of a foolish bargain struck by her father. And since birth, she has been in training to kill him. With no choice but to fulfill her duty, Nyx resents her family for never trying to save her and hates herself for wanting to escape her fate. Still, on her seventeenth birthday, Nyx abandons everything she’s ever known to marry the all-powerful, immortal Ignifex. Her plan? Seduce him, destroy his enchanted castle, and break the nine-hundred-year-old curse he put on her people. But Ignifex is not at all what Nyx expected. The strangely charming lord beguiles her, and his castle — a shifting maze of magical rooms — enthralls her. As Nyx searches for a way to free her homeland by uncovering Ignifex’s secrets, she finds herself unwillingly drawn to him. Even if she could bring herself to love her sworn enemy, how can she refuse her duty to kill him? With time running out, Nyx must decide what is more important: the future of her kingdom, or the man she was never supposed to love.

Rate our podcast! Click on that iTunes button and give us stars. All of the stars, please!