Have you ever wanted to write a story but not felt inspired? Do you like arts and crafts? If so, you can solve the first problem by making an old school genre prompt folder!

What’s a genre prompt folder? It’s a pen, paper, ink and glue way to create your own extensive writing prompt. Having the pictures and theme in pictorial form makes the writing process easier. 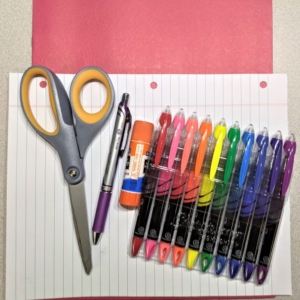 Wondering how you can create one of these amazing folders? First, look around your house to see if you have the supplies. You will need a folder with prongs, 3 hole punched notebook paper, glue, and scissors. You’ll also need either a printer or old magazines, catalogs, and newspapers. Finally, dig out any markers or pens you’d like to use as well as miscellaneous craft supplies. 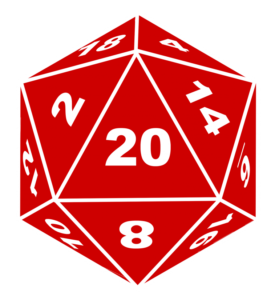 Begin by determining the genre of your folder. To do that, choose a number between 1 and 20. If you happen to have an Icosahedron die, or die with 20 sides, you can roll that instead. In fact, if you search “20-sided die” on Google, it should bring one up for you. After you have a number, scroll down and find out which genre you’ve chosen.

Fate has spoken. To clarify, the genre you chose will be the theme for your folder. To create a sample, I selected a number and ended up with the heist genre, meaning I’m making a heist-themed folder.

The next step is to choose a plot. I want you to be able to control your story, so I’ve offered situations that you can build on instead of elaborate plots. Once again, pick a number between 1 and 20 or roll your die and scroll down to find the list of plots. Look at your chosen number and you have a plot! Type it out then print it and paste it on your folder or handwrite it on there. I ended up with “something precious has been lost.”

Now you have the genre and plot, so it’s time for the setting. You know the drill. Choose another number from 1 to 20 or roll your die. Scroll down to the list of settings and see which one you chose. It doesn’t fit with the other things at all? That’s the fun, and occasionally frustrating, part of random writing prompts. Try to find a way to make it work. As for me, I rolled “high up in a mountain,” which ought to be interesting with my heist story. Since you know the genre and at least a little about what happens, you should search for images that fit. I found images of diamonds, a map with gold coins and a compass.

Subsequently, you need to find pictures of your setting. If you can draw, by all means, draw on your folder. Fear not, you can also search whatever setting you have online and print out the pictures. Glue those pictures onto your folder. If you don’t have a printer, find old catalogs, magazines or newspapers and peruse them for pictures to cut out. You could also come into the library and print out your pictures!

Don’t forget about my favorite element in a story: character! Choose a number from 1 to 20 or roll the die to start. As usual, look at the list and find your first character. Again, find pictures of what you imagine the character looks and paste them onto your folder. If you have drawing abilities, do that instead. You can add additional characters by choosing other numbers and checking the list. I rolled “A loveable rogue” which fits nicely. After searching, I finally found a rogue like the one I was envisioning and lucky enough the picture had a secondary character in the picture. I also found some sumptuous sparkly tulle that represents my character’s love of luxury.

So I ended up with a heist story high in the mountains where something precious was stolen. The main characters are a loveable rogue who loves shiny things and his no-nonsense partner. I found the pictures online, printed them, and pasted them on the folder to set up my plot, characters and setting. My folder is below. 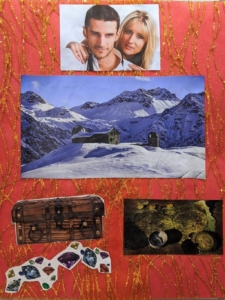 Finally, insert loose paper via the three prongs inside your journal. Go back and check out the outside of your folder. Happy? Do you need to add anything else? I am satisfied with my finished folder. (If you’re curious, the wanted poster is a picture of my cat in a cowboy hat with a bandanna. I didn’t want the inside to be completely plain!) 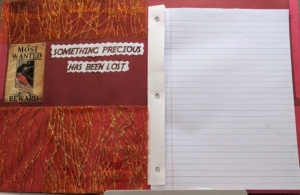 After the folder is finished, get to work and write the story inspired by your prompt. Whenever you get stuck, take a look at the outside of your folder.

Alternatively, you could work with a friend who also makes a folder and then you can trade. In that scenario, you would write a story about their folder and have them write one about yours. Make sure you share the results.

I hope you’re inspired by this idea. Please feel free to comment with the prompts you chose! 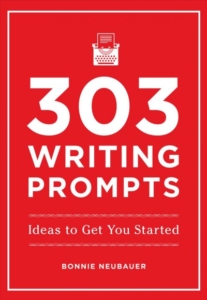 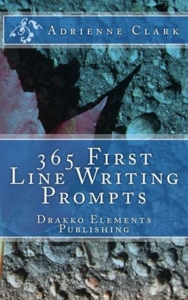 Use a genre prompt folder to create your own extensive writing prompt. Having the pictures and theme in pictorial form makes the writing process easier.

Podcast: 6 Hot and Fresh Summer Reads At Your Library