November marks the celebration of Native American Heritage Month. Which makes it a great time to diversify your reading and pick up a book by a Native American author. Celebrate the rich and diverse cultures and contributions that Native American people have made. 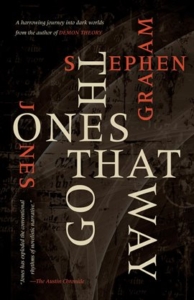 The Ones That Got Away by
Stephen Graham Jones

The Ones That Got Away by Stephen Graham Jones

These thirteen stories are our own lives, inside out.

A boy’s summer romance doesn’t end in that good kind of heartbreak but in blood. A girl on a fishing trip makes a friend in the woods who’s exactly what she needs, except then that friend follows her back to the city. A father hears a voice through his baby monitor that shouldn’t be possible, but now he can’t stop listening. A woman finds out that the shipwreck wasn’t the disaster, but who she’s shipwrecked with. A big brother learns just what he will, and won’t, trade for one night of sleep.

From prison guards making unholy alliances to snake-oil men in the Old West doling out justice, these stories carve down into the body of the mind, into our most base fears and certainties, and there’s no anesthetic. Turn the light on if you want, but that just makes for more shadows.

AudioBook via Libby
EBook via Hoopla 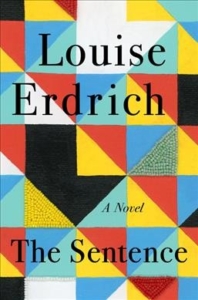 The Sentence by Louise Erdrich

The Sentence by Louise Erdrich

A small independent bookstore in Minneapolis is haunted from November 2019 to November 2020 by the store’s most annoying customer. Flora dies on All Souls’ Day, but she simply won’t leave the store. Tookie, who has landed a job selling books after years of incarceration that she survived by reading with murderous attention, must solve the mystery of this haunting while at the same time trying to understand all that occurs in Minneapolis during a year of grief, astonishment, isolation, and furious reckoning. 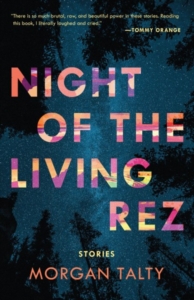 Night of the Living Rez by Morgan Talty

Night of the Living Rez by Morgan Talty

Set in a Native community in Maine, Night of the Living Rez is a riveting debut collection about what it means to be Penobscot in the twenty-first century and what it means to live, survive, and persevere after tragedy.

In twelve striking, luminescent stories, author Morgan Talty—with searing humor, abiding compassion, and deep insight—breathes life into tales of family and a community as they struggle with a painful past and an uncertain future. A boy unearths a jar that holds an old curse, which sets into motion his family’s unraveling; a man, while trying to swindle some pot from a dealer, discovers a friend passed out in the woods, his hair frozen into the snow; a grandmother suffering from Alzheimer’s projects the past onto her grandson; and two friends, inspired by Antiques Roadshow, attempt to rob the tribal museum for valuable root clubs. 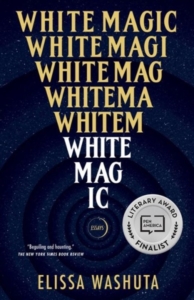 Throughout her life, cheap facsimiles of Native spiritual tools and occult trends surrounded Elissa Washuta. She experienced a decade of abuse, addiction, PTSD, and heavy-duty drug treatment for a misdiagnosis of bipolar disorder.

Then she felt drawn to the real spirits and powers her dispossessed and discarded ancestors knew. And she undertook necessary work to find love and meaning.

In this collection of intertwined essays, she writes about land, heartbreak, and colonization, about life without the escape hatch of intoxication, and about how she became a powerful witch. She interlaces stories from her forebears with cultural artifacts from her own life-Twin Peaks, the Oregon Trail II video game, a Claymation Satan, a YouTube video of Stevie Nicks and Lindsey Buckingham-to explore questions of cultural inheritance and the particular danger, as a Native woman, of relaxing into romantic love under colonial rule.

AudioBook via Hoopla
EBook via Libby 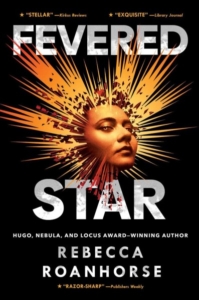 The great city of Tova shattered. The Crow God’s eclipse holds the sun in its grasp, but a comet that marks the death of a ruler and heralds the rise of a new order is imminent.

The Meridian: a land where magic has been codified and the worship of gods suppressed. How do you live when legends come to life, and the faith you had is rewarded?

The chaos and currents of change sweep up sea captain Xiala. And she finds an unexpected ally in the former Priest of Knives. For the Clan Matriarchs of Tova, tense alliances form as far-flung enemies gather. And the earth mirrors the war in the heavens.

And for Serapio and Naranpa, both now living avatars, the struggle for free will and personhood in the face of destiny rages. How will Serapio stay human when steeped in prophecy and surrounded by those who desire only his power? Is there a future for Naranpa in a transformed Tova without her total destruction? 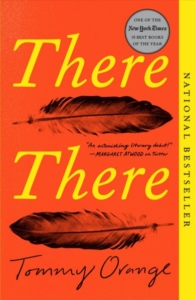 There There by Tommy Orange

There There by Tommy Orange

Twelve Native Americans came to the Big Oakland Powwow for different reasons. Jacquie Red Feather is newly sober and trying to make it back to the family she left behind in shame.

Dene Oxedrene is pulling his life together after his uncle’s death and has come to work the powwow and to honor his uncle’s memory. Edwin Frank has come to find his true father. Bobby Big Medicine has come to drum the Grand Entry. Opal Viola Victoria Bear Shield has come to watch her nephew Orvil Red Feather; Orvil has taught himself Indian dance through YouTube videos, and he has come to the powwow to dance in public for the very first time.

Tony Loneman is a young Native American man whose future seems destined to be as bleak as his past, and he has come to the powwow with darker intentions–intentions that will destroy the lives of everyone in his path. 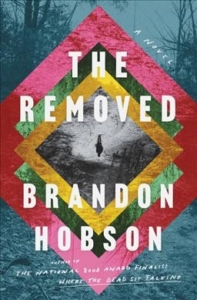 The Removed by Brandon Hobson

The Removed by Brandon Hobson

In the fifteen years since their teenage son, Ray-Ray, was killed in a police shooting, the Echota family has been suspended in private grief. The mother, Maria, increasingly struggles to manage the onset of Alzheimer’s in her husband, Ernest. Their adult daughter, Sonja, leads a life of solitude, punctuated only by spells of dizzying romantic obsession. And their son, Edgar, fled home long ago, turning to drugs to mute his feelings of alienation.

With the family’s annual bonfire approaching—an occasion marking both the Cherokee National Holiday and Ray-Ray’s death, and a rare moment in which they openly talk about his memory—Maria attempts to call the family together from their physical and emotional distances once more. But as the bonfire draws near, each of them feels a strange blurring of the boundary between normal life and the spirit world.

Maria and Ernest take in a foster child who seems to almost miraculously keep Ernest’s mental fog at bay. Sonja becomes dangerously fixated on a man named Vin, despite—or perhaps because of—his ties to tragedy in her lifetime and lifetimes before. And in the wake of a suicide attempt, Edgar finds himself in the mysterious Darkening Land: a place between the living and the dead, where old atrocities echo.

Drawing deeply on Cherokee folklore, The Removed seamlessly blends the real and spiritual to excavate the deep reverberations of trauma—a meditation on family, grief, home, and the power of stories on both a personal and ancestral level. 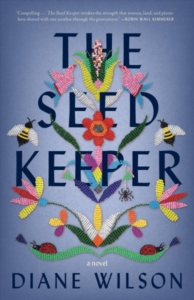 The Seed Keeper by Diane Wilson

The Seed Keeper by Diane Wilson

Rosalie Iron Wing has grown up in the woods with her father, Ray, a former science teacher who tells her stories of plants, the stars, of the origins of the Dakhóta people. Until, one morning, Ray doesn’t return from checking his traps. Told she has no family, Rosalie goes to live with a foster family in nearby Mankato—where the reserved, bookish teenager meets rebellious Gaby Makespeace, in a friendship that transcends the damaged legacies they’ve inherited.

On a winter’s day many years later, Rosalie returns to her childhood home. A widow and mother, she spent the previous two decades on her white husband’s farm. She found solace in her garden even as the farm faces threats first by drought and then by a predatory chemical company.

Now, grieving, Rosalie begins to confront the past, on a search for family, identity, and a community where she can finally belong. In the process, she learns what it means to be descended from women with souls of iron. Women protecting their families, their traditions, and a precious cache of seeds through generations of hardship and loss, through war and the insidious trauma of boarding schools.

Online Book Club: The End of the World Running Club