The August Online Book Club title is The 7 1/2 Deaths of Evelyn Hardcastle by Stuart Turton. 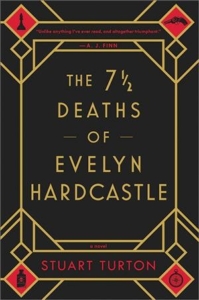 About The 7 1/2 Deaths of Evelyn Hardcastle

It is meant to be a celebration but it ends in tragedy. As fireworks explode overhead, Evelyn Hardcastle, the young and beautiful daughter of the house, is killed.

But Evelyn will not die just once. Until Aiden – one of the guests summoned to Blackheath for the party – can solve her murder, the day will repeat itself, over and over again. Every time ending with the fateful pistol shot.

The only way to break this cycle is to identify the killer. But each time the day begins again, Aiden wakes in the body of a different guest. And someone is determined to prevent him ever escaping Blackheath…

Stuart lives in London with his amazing wife and daughter. He drinks lots of tea.

​When he left university he went traveling for three months and stayed away for five years. Every time his parents asked when he’d be back he told them next week, and meant it.

Stuart is not to be trusted. In the nicest possible way.

He’s got a degree in English and Philosophy, which makes him excellent at arguing and terrible at choosing degrees.

Having trained for no particular career, he has dabbled in most of them. He stocked shelves in a Darwin bookshop, taught English in Shanghai, worked for a technology magazine in London, wrote travel articles in Dubai, and now he’s a freelance journalist. None of this was planned, he just kept getting lost on his way to other places.

He likes a chat. He likes books. He likes people who write books and people who read books. He doesn’t know how to write a biography, so should probably stop before he tells you about his dreams or something. It was lovely to meet you, though.

Readalikes for The 7 1/2 Deaths of Evelyn Hardcastle 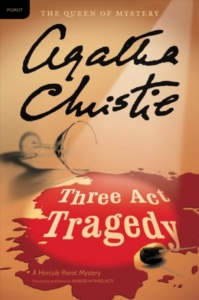 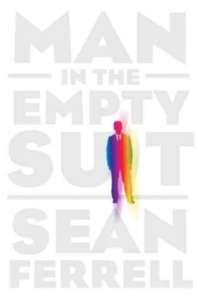 Man in the empty suit by Sean Ferrell 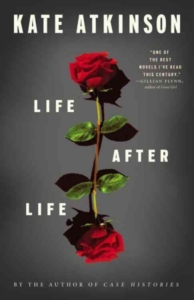 Life after life by Kate Atkinson

Discussion questions for The 7 1/2 Deaths of Evelyn Hardcastle

1. What or who do you think are the deaths in The 7 1/2 Deaths of Evelyn Hardcastle? Where does the half death enter the narrative?

2. The 7 1/2 Deaths of Evelyn Hardcastle begins in a typically linear way, then shoots off in many different directions. How did the different narratives and perspectives enrich the story?

3. The mystery and escape in Blackheath is set up like a puzzle, and the reader plays along with Aiden as he puts the solution together. Were there any pieces you couldn’t find a place for?

4. Aiden Bishop has a backstory that readers will never know in full; however, what we do know is there is plenty of revenge, cruelty and questionable intentions wrapped up in who he was and why he entered Blackheath. With what you know about him, would you call him a hero? Why or why not?

6. Annabelle Caulker, or Anna, is unmasked as someone very different from whom Aiden believes her to be. What do you feel she did to deserve her time in Blackheath, and how do you think Aiden was able to forgive her?

7. Were there any tactics Aiden didn’t think of that could have solved the mystery of who killed Evelyn Hardcastle? If you were in his shoes, or hosts, what would you have done differently?

8. The construct of Blackheath as a prison feels like something from the future, but do you feel this sort of punishment (and possible redemption) could one day be considered a viable solution for criminals? What do you feel the advantages are, and in what ways could this be considered even more cruel than a standard incarceration sentence?

9. No character is ever what they first appear, something Aiden remarks on a few times throughout the novel. Who was your favorite character, and why did they resonate with you particularly? Which character undergoes the biggest transformation, and were there any characters you started off liking or loathing and changed your opinion about?

10. Was there one host who felt more important, or can you see how each character, despite their vices, provided something crucial to the story?

11. As Aiden switched from host to host, his protection against their memories and personalities waned until he was feeling their lust, their disgust or their impatience. What characteristics do you feel are solely Aiden’s? Outside of Blackheath, what sort of man do you think he is?

12. What recurring symbols or themes did you see throughout the book, and what role do you think they played in the story or Aiden’s escape from Blackheath?

13. If you knew someone you loved had a devastating secret, would you choose to find out what it was or love them for who they’ve become? If you knew you did something terrible, would you want to remember or live with that shadow for the rest of your life?

Remember to tell us what you think! Comment on this post or on Facebook and let us know your thoughts about The 7 1/2 Deaths of Evelyn Hardcastle.

4 Books for fans of Indian Matchmaking
Scroll to top