So many amazing books were published in 2021 that we could list dozens maybe even hundreds of favorites. But! We buckled down and picked just one each. 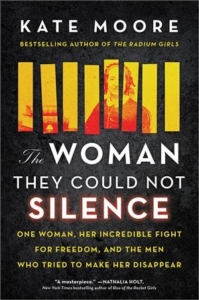 The Woman They Could Not Silence by Kate Moore

Emily’s choice: The Woman They Could Not Silence

In 1860, Elizabeth Packard was committed to the Illinois State Hospital for insanity.  In reality, neither Elizabeth nor many of the other women “patients” had medical cause for being hospitalized.  Instead, declaring them “crazy” was a convenient way for their husbands to keep these independent and intellectual women “in line.”

Despite all our modern-day problems, this is a story that will make you relieved to live in the 21st century.  Elizabeth’s dedication both to freeing herself and lobbying to reform the institutions like the one to which she was committed is inspiring.  Kate Moore’s book, while a work of nonfiction, is highly accessible and reads like a novel.

~ Emily from the Williambsburg Branch Library 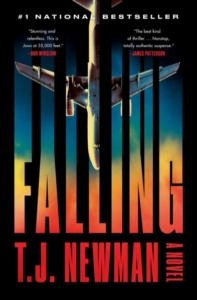 A pilot’s family is kidnapped and the only way to keep them alive is to make sure the 143 passengers on his flight die. With characters placed in impossible positions, this story is a non-stop thrill ride.

Falling is a full throttle, all gas, no brakes thriller that has MAYBE 20 pages that are not filled with significant conflict. It also remained somewhat believable and authentic. 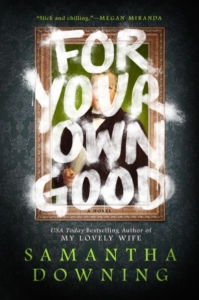 For Your Own Good by Samantha Downing

Skye’s choice: For Your Own Good

I love this author, Samantha Downing, because her books always have unreliable narrators and unexpected twists and turns. For Your Own Good is a story about Teddy Crutcher, a teacher at a private school who just wants his students to succeed…by any means possible. 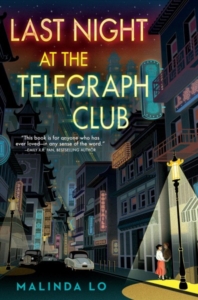 Last Night at the Telegraph Club by Malinda Lo

My favorite book published this year is Last Night at the Telegraph Club by Melinda Lo. Recently named the winner of the National Book Award for Young People’s Literature, this book is a special “I see you” message that lets BIPOC and LGBTQIA+ readers know their stories matter and their presence makes a difference. Set during the 1950s in San Francisco’s Chinatown, this historical novel is as much of a slow burn romance as it is a family drama, beautifully written with lush descriptions and heartfelt scenes that keep you turning the pages. 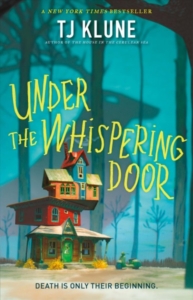 Under the Whispering Door by TJ Klune

Vic’s choice: Under the Whispering Door

My favorite book of the year has to be Under the Whispering Door by TJ Klune. One of those rare books I’d be interested in rereading. It’s fantasy but also deals with death and what it means to be a person in the world. 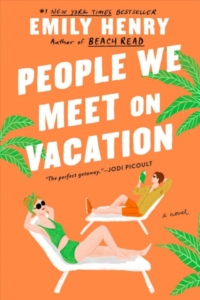 People We Meet on Vacation by
Emily Henry

People We Meet on Vacation was a favorite this year — I just liked the banter between characters and enjoyed seeing their friendship unfold through the memories of their past vacations. 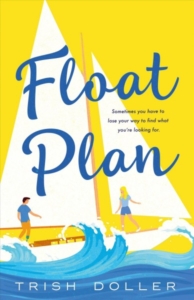 Float Plan might sound depressing a woman trying to cope with her fiance’s suicide takes the sailing trip they were planning, but it’s actually a beautiful story of letting go and forging your own path. There is a romance involved but it takes a backseat to coming to terms with your current situation as the love interest also has issues he’s trying to work through.

Those are some of our favorite books from 2021. What was yours? Tell us in the comments below.

If you’d like other suggestions, explore our online resource, NoveList, sign up for Recommends our personalized reading suggestions, or speak with a staff member during your next visit.

The Newbery Award: Trivia and History
Scroll to top