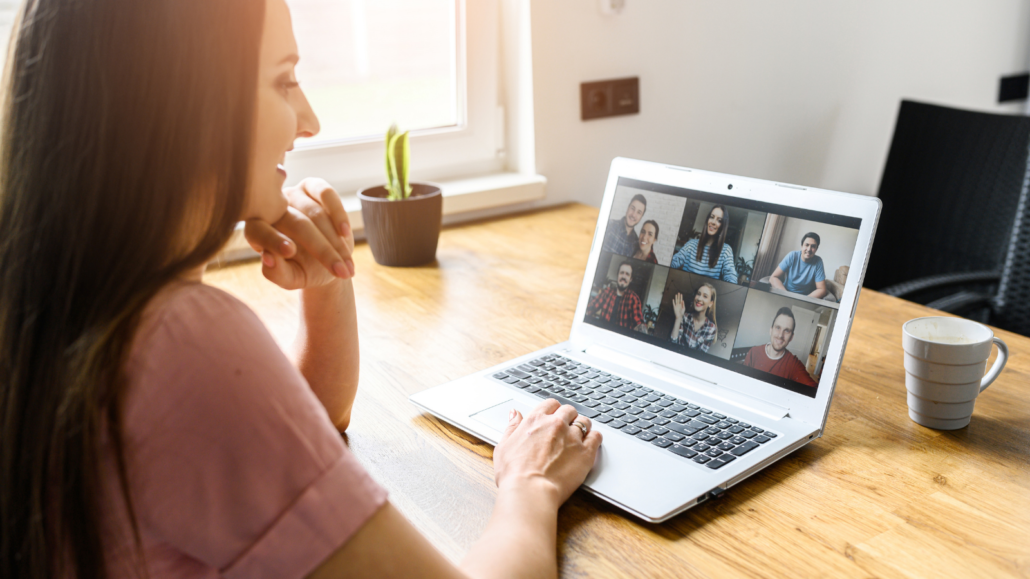 Join us for a book club that’s an entirely online experience.  All titles will be available as on-demand eBooks from Hoopla. They may also be available in other downloadable and physical formats.

We’ll use Zoom to meet virtually on the third Tuesday of each month at 7 PM to discuss our chosen book.

If you can’t make the meeting, that’s OK! Participate by reading the book, learning more about it from this post, and sharing your thoughts in the comments.

The Keeper of Lost Things by Ruth Hogan

About The Keeper of Lost Things

Anthony Peardew is the keeper of lost things. Forty years ago, he carelessly lost a keepsake from his beloved fiancée, Therese. That very same day, she died unexpectedly. Brokenhearted, Anthony sought consolation in rescuing lost objects—the things others have dropped, misplaced, or accidentally left behind—and writing stories about them. Now, in the twilight of his life, Anthony worries that he has not fully discharged his duty to reconcile all the lost things with their owners. As the end nears, he bequeaths his secret life’s mission to his unsuspecting assistant, Laura, leaving her his house and all its lost treasures, including an irritable ghost.

Recovering from a bad divorce, Laura, in some ways, is one of Anthony’s lost things. But when the lonely woman moves into his mansion, her life begins to change. She finds a new friend in the neighbor’s quirky daughter, Sunshine, and a welcome distraction in Freddy, the rugged gardener. As the dark cloud engulfing her lifts, Laura, accompanied by her new companions, sets out to realize Anthony’s last wish: reuniting his cherished lost objects with their owners.

Long ago, Eunice found a trinket on the London pavement and kept it through the years. Now, with her own end drawing near, she has lost something precious—a tragic twist of fate that forces her to break a promise she once made.

As the Keeper of Lost Objects, Laura holds the key to Anthony and Eunice’s redemption. But can she unlock the past and make the connections that will lay their spirits to rest?

A charming, clever, and quietly moving novel of endless possibilities and joyful discoveries that explores the promises we make and break, losing and finding ourselves, the objects that hold magic and meaning for our lives, and the surprising connections that bind us.”

Check out the book

The Keeper of Lost Things is available from the Library in a variety of formats.

“Ruth Hogan was brought up in a house full of books and grew up with a passion for reading and writing. She loved dogs and ponies, seaside piers, snow globes, and cemeteries. As a child, she considered becoming a vet, show jumper, Eskimo, gravedigger, and once, very briefly, a nun.

She studied English and Drama at Goldsmiths College, University of London where she hennaed her hair, wore dungarees, and aspired to be the fourth member of Bananarama. After graduating she foolishly got a proper job, and for ten years had a successful if uninspiring career in local government before a car accident left her unable to work full-time and was the kick up the butt she needed to start writing seriously.

It was all going well, but then in 2012, she got cancer, which was bloody inconvenient but precipitated an exciting hair journey from bald to a peroxide blonde Annie Lennox crop. When chemo kept her up all night, she passed the time writing and the eventual result was her debut novel The Keeper of Lost Things. Since then she has published two further novels, The Wisdom of Sally Red Shoes and Queenie Malone’s Paradise Hotel, and for her fourth, Madame Burova, she learnt to read Tarot cards and developed a hankering for a traditional vardo and pony.

She is now living the dream (and occasionally nightmare!) as a full-time writer in a chaotic Victorian house with an assortment of rescue dogs and her long-suffering husband. She describes herself as a magpie; always collecting treasures (or ‘junk’ depending on your point of view) and a huge John Betjeman fan. She still loves seaside piers, particularly The Palace Pier at Brighton, and would very much like a full-size galloping horses carousel in her back garden.”

Readalikes for The Keeper of Lost Things 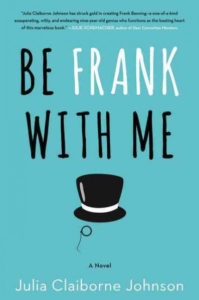 Be Frank with Me by Julia Claiborne Johnson

Be Frank with Me by Julia Claiborne Johnson

Meet Frank. Frank is an odd 9-year-old boy who has a higher IQ than Einstein’s and dresses as if he were on a movie set in the early 1920s. Frank’s reclusive mother, M. M. “Mimi” Banning, is an author whose publisher has just sent Alice Whitley to serve as an assistant and ensure the next book is completed. Alice becomes increasingly close to Frank as Mimi’s typing continues behind closed doors, but the more attached she gets, the more questions she has about the strange family she has stumbled into. 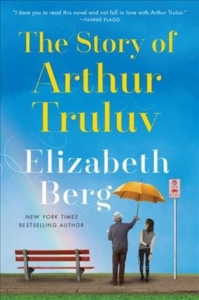 The Story of Arthur Truluv by
Elizabeth Berg

The Story of Arthur Truluv by Elizabeth Berg

Arthur, a widower, meets Maddy, an angry and friendless teenage girl, while visiting his late wife at the cemetery, where he goes every day for lunch. Against all odds, the two strike up a friendship that pulls them out of a serious rut. They band together with Arthur’s nosy neighbor Lucille, to create lives that are truly worth living. Proving that life’s most precious moments are sweeter when shared, they go from strangers to friends, to an untraditional but loving family. Betrayal, loneliness, romance, and family are at the heart of this honey of a book, a must-read for fans of Elizabeth Berg’s early work. This is a story about life being affirmed at all ages, old and young, and about finding happiness when hope seems lost. 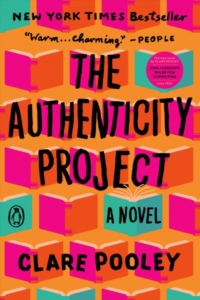 The Authenticity Project by Clare Pooley

The Authenticity Project by Clare Pooley

Everybody lies about their lives. What would happen if you shared the truth?’ This is the question that Julian Jessop, an eccentric, seventy-nine-year-old artist, poses within a pale green exercise book that he labels The Authenticity Project, before leaving it behind in Monica’s Café. When Monica discovers Julian’s abandoned notebook, not only does she add her own story to the book, she is determined to find a way to help Julian feel less lonely. And so it goes with the others who find the green notebook that will soon contain their deepest selves. It will also knit the group together at Monica’s Cafe, where they’ll discover the thrill and sometimes risk of being completely honest–and, for some, find unexpected love.

Enjoy chatting about books with other readers from the comfort of home when you join the Online Book Club. Join our Zoom chat on July 19, at 7 PM. Or share your thoughts below in the comments about The Book of Lost Things.

7 Books With “Girl” In The Title In Honor of Gone Girl’s Tenth...